Home » A. Bible Studies » Psalms 2 » Introduction » My Take on God as He Appears in Psalms

My Take on God as He Appears in Psalms 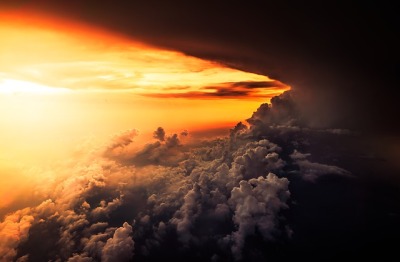 When readers approach a piece of literature in isolation, from a cold start, it is helpful to know where it fits in to the large picture of life. Who wrote it? What is it about? What are its claims for itself? Psalms has a distinct voice and point of view that are easily recognized. Psalms is about the Judeo-Christian God. Its voices speak about God, to God, and by God.

Postmodernism acknowledges few authorities in life; little is fixed, certain, or absolute. Concepts such as good and evil rarely exist and prove difficult to define. Even the premises of language itself are not to be trusted. Everything is up for grabs—there are no givens.

The point of view of Psalms is opposite from that of postmodernism. God in Psalms is the supreme and supremely authoritative being with personality. Absolutes of good and evil exist and are clearly defined. Language, including metaphor, is to be taken at face value. Male pronouns are used to refer to God. Psalms invites the reader to come to God (Psalm 34:8).

In Psalms, God is the creator of all things, and he remains highly involved and concerned about the people he created. God is good, but he has enemies, including a chief enemy. Both God’s goodness and the wickedness of his enemies are absolutes.

Psalms recounts how God called out a special people, Israel, to be his own. Israel’s history, recorded elsewhere in Scripture, is often recalled in Psalms. God is jealous over Israel, much as a husband might be jealous for his wife.

Though Psalms talks about absolutes, its language can be difficult. The various psalms often use pronouns, and these are just as often not defined. The referents of the pronouns frequently change within a single psalm. Sometimes the changes are marked by clues of identity; often they are not. The reader must keep in mind the basic premises outlined above (God is supreme authority; God is good; God loves, cares for, and is jealous over his people Israel; God has enemies) as aids for understanding who are the subjects, objects, and speaker(s). Many of the psalms, especially what are commonly called the “Psalms of David,” are in first person. Readers can be challenged to recognize the identity of the speaker in first person.

The New Testament offers a key for interpreting Psalms. Jesus Christ identifies himself as their subject (Luke 24:44). Other writers, notably Peter (Acts 1:20; 1:25-36), Paul (Luke 13:33-36), and the author of the letter to the Hebrews (nearly all of Chapter 1), read and write of Psalms with Jesus Christ in view. Further, the Rule of Faith, as preached by the Apostles (1 Corinthians 15:3-4 For I delivered to you as of first importance what I also received: that Christ died for our sins in accordance with the Scriptures, 4 that he was buried, that he was raised on the third day in accordance with the Scriptures, ESV), and the basic facts of Jesus’ life, as presented in the four gospels—Matthew, Mark, Luke, and John, are great keys to unlocking and interpreting the psalms, especially as means of identifying the first person speaker. The specifics of the gospel message that the apostles preached, as outlined above, is called the kerygma of Apostolic preaching. I, as writer of this blog, will use the keys presented in this paragraph in my ongoing guide to Psalms. Not least, but finally, it is always good, helpful, and even essential to pray for God’s guidance before and while considering any portion of Scripture, including Psalms. The Bible is God’s Word, and he wants us to “get it.”