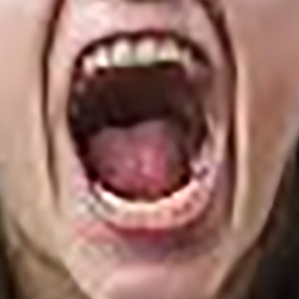 Have you ever been stabbed in the back? Betrayed? Ratted on? The psalmist in 52 just has. This is his response.

Typical to Psalms, there are two groups of people in this one: the good and the evil. Within the framework of Psalms, who is good and who is evil? In Psalms God judges according to the intent of the heart. God is good; someone who follows God and wants to please him is good. A good person wants good for other people; he or she does not initiate harm. A wicked person, by contrast, hates God and opposes him in all he speaks, thinks, and does. A wicked person in Psalms plots and carries out harm toward others, especially toward the followers of God. (Just as the bad guys do in your favorite adventure movie, right?)

This principle is so important I want to repeat it. In Psalms, people are not judged as good or wicked according to whether or not they commit certain sins, but according to their allegiance. Everyone who pledges allegiance to God is called good, and everyone who pledges allegiance against God is called wicked. Enemies of God, those who willfully oppose him and oppose his principles, are wicked. Friends of God are good. Psalms paints people black or white. Unfortunately for us, there are no gray zones with God. His vision is sharp and clear–not fuzzy like ours. God knows who his friends are and who his enemies are, just as a shepherd knows which sheep are his and which are not.

Psalms are real life. Just as in our own experience, some people in Psalms pretend to be on God’s side by pretending to be on the side of God’s friends. But they lie. In their hearts, they are false friends who speak falsely and lead others down a wrong path. Often the deceit of these people is found out; they are discovered, and their duplicity becomes apparent by their actions that seek to harm someone who is good. Psalm 55:12-14 gives an example of this kind of person. A good person in Psalms always tells the truth, even when that truth means confessing his own sin. Psalm 51:1-17 is an example of a good person confessing his sin to God. Remember, a good person is someone who wants to please God. Good people do not become wicked people by sinning, but by betraying God. To betray God is to fully and finally join the enemy’s team. God is always kind and gracious to forgive everyone who asks him with a true heart. By the standard of Psalms, a good person may sin perpetually, but he or she also always wants to do better and to please God. Wicked people never truly want to please God; they hate him.

So with that as background, what about Psalm 52?

Though not necessary, a bit of history may help to understand this psalm. The superscription of verse 1 reads, “To the choirmaster. A Maskil of David, when Doeg, the Edomite, came and told Saul, “David has come to the house of Ahimelech.”

David, the servant of Saul the King, was running for his life from Saul, who had gone mad and wanted to kill him. Doeg was Saul’s chief shepherd (1 Samuel 21:7). David most likely knew Doeg, since David was also a shepherd. Ahimelech was an innocent priest who was unaware of the full situation between David and Saul. When David in his flight from Saul asked for food and a weapon, Ahimelech provided these, because he believed David’s lie that he  was on a secret mission for the king. Doeg happened to see David at the priest’s tabernacle that day, and reported to Saul. Saul, not in his right mind, ordered his servants to kill Ahimelech and his whole household. When they refused, out of respect for the priesthood and knowing that Ahimelech had done no wrong, Saul ordered Doeg to do so. Doeg gladly slaughtered 85 innocent, unarmed priests, plus women, children, nursing infants, oxen, donkey, and sheep–all that lived in the nearby town of Nob, a city of priests. Patrick Reardon writes at length concerning Psalm 52 that Doeg was worse than Judas Iscariot, who betrayed Jesus Christ. (Reardon, 101-102)

If Psalms were a play and I was the director, I would have the sole character in this scene pacing back and forth in barely contained fury and anxiety in order to reflect the back and forth movement between the poles of good and evil in the psalm. The psalmist is clearly angry when he speaks these words,

Why do you boast of evil, O mighty man? The steadfast love of God endures all the day. 2 Your tongue plots destruction, like a sharp razor, you worker of deceit. 3 You love evil more than good, and lying more than speaking what is right. Selah 4 You love all words that devour, O deceitful tongue. 5 But God will break you down forever; he will snatch and tear you from your tent; he will uproot you from the land of the living. (Psalm 52:1-5 ESV)

Notice in verse 1 the contrast between the evil man and the good God, whose “steadfast love…endures all the day.” Then again, after the diatribe against the wicked, the psalmist switches back to consider the fate of the good people in verse 6 which continues, “The righteous shall see and fear, and shall laugh at him, saying … ” Verse 7 takes us back to the fate of the wicked, as spoken by the righteous of verse 6, “See the man who would not make God his refuge, but trusted in the abundance of his riches and sought refuge in his own destruction!” Then the psalmist considers his own situation in verse 8, “But I am like a green olive tree in the house of God. I trust in the steadfast love of God forever and ever.”

Finally, the psalmist quits his pacing back and forth and settles his vision fully on God, where it fixedly remains as he speaks the final verse directly to God, “I will thank you forever, because you have done it. I will wait for your name, for it is good, in the presence of the godly.” (Psalm 52:9 ESV)

Prayer is like Psalm 52. In the spiritual battle of prayer, the human heart is torn between consideration of the painfully dangerous situation at hand and faith in the steadfast love of God that endures forever and works its goodness forever in perfect reflection of the eternal goodness of God. In prayer, our hearts and minds pace back and forth between the poles of the power of what is bad and the greater power of God, who is good. May we always, as the psalmist does, align our hearts fully and fixedly on the goodness of God, whose power and judgment win out in the end.

Psalm 52 is a highly passionate psalm, yet we don’t want to leave it without considering the technical aspect of how speech functions within its nine verses.

There is one actor throughout the psalm. Nevertheless, he speaks in more than one voice and variously addresses more than one audience.

Why is this important?

Today’s readers can appreciate the content and passion of Psalm 52 without thinking much about the dialogue within it. Noticing the changes in speech and addressees, however, prepares the reader to encounter other psalms in which such changes clarify meanings of content that may be more obscure. Examples of such psalms are Psalm 110 and Psalm 118.