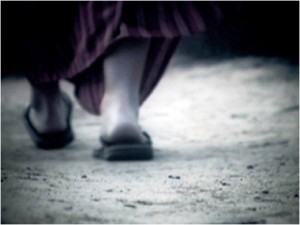 Psalm 89 tells an interesting story of God’s promises to Israel concerning Messiah. The exalted expectations are then contrasted with the harsh realities of the Messiah’s life during his incarnation. The psalmist/Messiah points out the contradictions to the Lord, reminding him of his promises. He asks the Lord why his life compares so unfavorably with the promises. Nevertheless, he closes by blessing the Lord.

The reader needs to bear in mind that the psalm is prophecy, and this is Scripture’s way of announcing that the Messiah’s life would be one of suffering. The facts of his future incarnation of suffering do not seem to resemble the facts of God’s promises. No one understood this in the days when Jesus walked on earth, not even his own disciples. It was left to the Lord to explain the prophetic Scriptures concerning himself to his disciples after his resurrection. We, as readers today, have the great advantage of hindsight, although even today, many believers, if not most, do not perceive the messianic prophecies in this psalm. Psalm 89 is not listed as being messianic in most study Bibles.

In the first section concerning creation, verses 2 and 5-18, we see that God created all things, and his power is supreme. Righteousness and justice are the foundation of his throne; steadfast love and faithfulness go before him. (v 14)

The second section describes God’s promises to Israel through Messiah from verses 3-4 and 19-37. God’s righteous, just, loving, and faithful nature, as established, manifested, and proven throughout all of creation, form the basis of his covenant with Israel, as represented by David his servant, and by the Greater David, Messiah. God’s people know and understand God’s nature and are blessed because they walk in it. In the long speech block from verse 19 thr0ugh 37, God describes in his own words the future messianic kingdom, Messiah’s loving response to him (verse 26), and the nature of his disciplinary yet covenantal interactions with Messiah’s progeny. Just as God proves himself to be righteous, just, loving, and faithful in all his created works, so the Israelites and Messiah can count on him to be the same in all his covenantal dealings with them.

38 But now you have cast off and rejected; you are full of wrath against your anointed.
39 You have renounced the covenant with your servant; you have defiled his crown in the dust.
… … … … …
42 You have exalted the right hand of his foes; you have made all his enemies rejoice.
… … … … …
45 You have cut short the days of his youth; you have covered him with shame. Selah

Using our reader’s hindsight and what we know of the gospel message about the life of Jesus of Nazareth, we can recognize that the words of prophecy in Psalm 89 describe well Messiah’s actual life during his incarnation.

Section 4 records Messiah’s prayerful protest to God. As we read these words, there can be no doubt that Messiah was fully man. These words are spoken from a human vantage, and a suffering human at that. Well may Paul have had Psalm 89 in mind when he wrote of Christ to the Philippians:

5 Have this mind among yourselves, which is yours in Christ Jesus,
6 who, though he was in the form of God, did not count equality with God a thing to be grasped,
7 but emptied himself, by taking the form of a servant, being born in the likeness of men.
8 And being found in human form, he humbled himself by becoming obedient to the point of death, even death on a cross. (Phi 2:5-8 ESV)

Finally, the last verse concludes the psalm with a word of blessing for the Lord. In this, the psalmist/Messiah reminds us that even when the path is difficult and strewn with trials of all kinds, God is faithful to perform what he promises, notwithstanding all appearances to the contrary, and in that we worship and adore him.

Psalm 89 does not solve the mystery of a suffering Messiah–it simply announces the mystery. Nevertheless, by the time Jesus walked the earth, his entire people had lost sight of the full scope of this psalm’s message. They grasped well enough the exalted promises of God to Israel through a glorified Messiah, but they apparently had never connected or had forgotten the last portions of the psalm, which paint a portrait of a suffering Messiah. How like ourselves–don’t we so often want the glory without the pain?